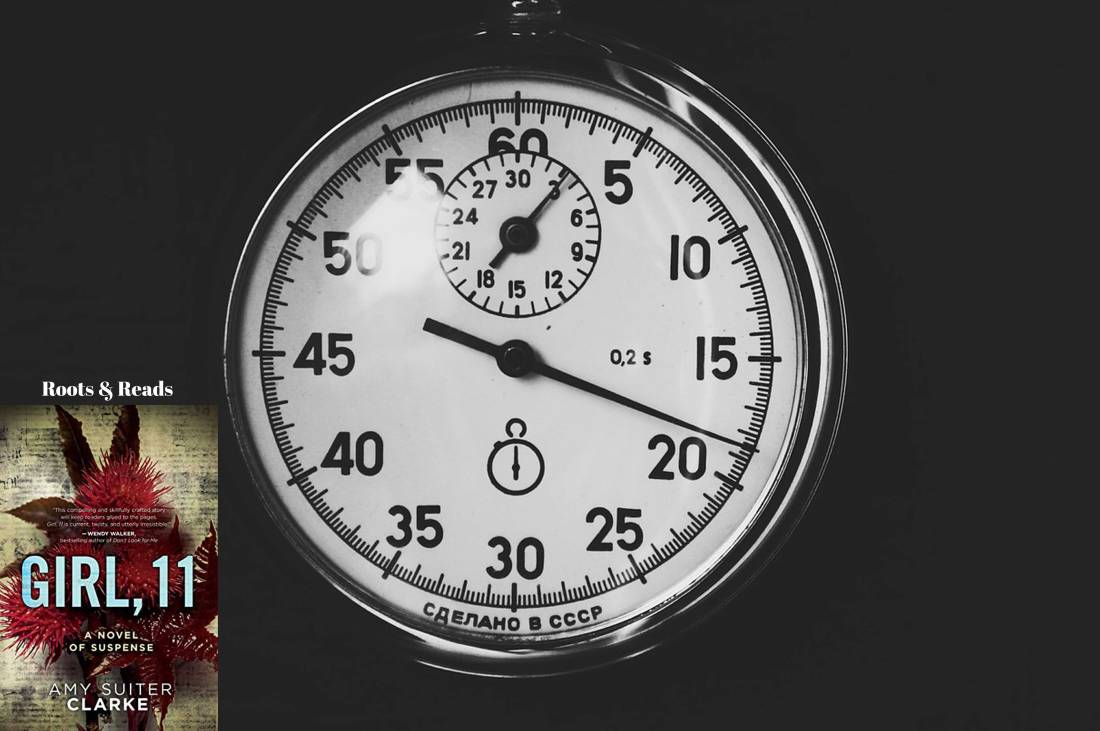 Somehow Girl, 11 flew under my radar! I hadn’t heard of this book until I found it featured on a list of new releases and I lucked out that my library had just acquired a copy.

Elle Castillo was once a social worker helping children who were victims of violent crime. Now she’s the host of a wildly successful true crime podcast and is ready in season three to tackle the infamous case of The Countdown Killer (TCK), a serial killer in her Minnesota hometown who established a chilling pattern of abducting and murdering three girls in a cycle, each a year younger than the last, and leaving their bodies to be found on the seventh day after their abductions three days apart. TCK stopped his ritualistic killings after his eleventh victim managed to escape – leading to speculation that he died by suicide in fear he’d be captured.

Twenty years later, Elle’s obsession with the case brings serious consequences when a podcast listener claims to have a tip. When she arrives for an interview, she finds the man dead in his apartment. Next, an eleven-year-old girl is abducted following an MO eerily similar to TCK. The police still believe TCK is dead and this new case could be a copycat inspired by Elle’s podcast investigation.

This was a slow burn thriller that built a sense of dread. While one of the eventual twists was glaringly obvious from the beginning, the other managed to catch me somewhat off guard and that may be because I was focused on the one I knew was coming.
Readers are given Elle’s third person narrative, podcast transcripts, and eventually vignettes from TCK’s back story as Elle’s investigation leads her closer to the truth.
Unfortunately, the ending wasn’t as solid as the rest of the book and lacked a suspenseful climax. Still, a compelling debut worth checking out!

I recommend Girl, 11 to readers who enjoy contemporary mystery/thrillers, suspense, and the true crime podcast trend.

View all posts by Kyra Leseberg